Well, What a few weeks I have had, It was a mad rush to get the freestyle ready for the kit car show as I was still doing repairs from the IMM 2005 and so I was working all day and all night to get things done,

On the Saturday before the show I worked to gone 2 in the morning to try and get everything done but I just ran out of time, So I went to bed and thought to myself that all I had to do was put the nose cone back on and try and grease the joints up on the chassis.

I had told Simon Brown (Esdebe) that I had been planning on leaving around 08:30 Sunday morning..lol this was not the case 10:00 came and I am still getting ready. 10:30 came and as I am just about to jump in the buggy I saw a big puddle of water underneath and thought.. Bugger.luckily I realized straight away where it was coming from and so was able to fix it very quickly. 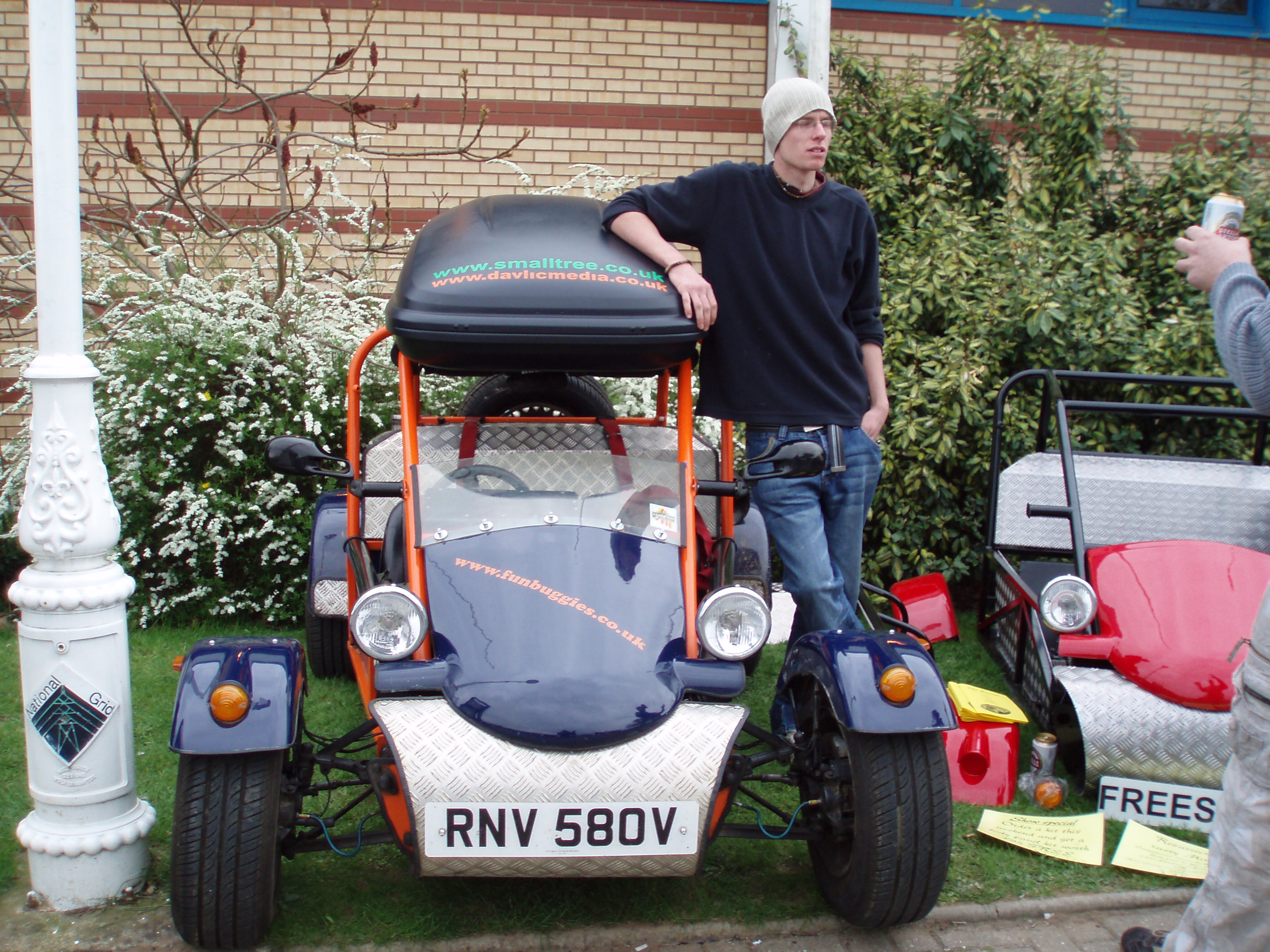 Myself and Craig left my house around 10:45 we need to go to Tesco’s and get beer for the show so off we went.

The first roundabout we went across I was straight in to opposite lock and Craig was looking a bit shocked, I was like, ok that was strange I can normally go twice the speed through that one, so the next roundabout I went a bit slower and the same happened again this was beginning to wind me up.

Anyway we got to Tesco and we found a parking space and some how we managed to jump in “somebody else’s” space without even being able to see him coming he started to froth at us and I shrugged my shoulders and turned round he jumped out of his Taxi and really wanted to smack me so I asked if was going to. He turned round and drove off.

So we headed for Towcester to meet Esdebe his buggy is looking pretty good. all nice and clean..lol we decided to go to Stoneleigh through all the villages which is so much more fun but in my case bit off a handful as mine is handling like a sack.

After about 10 minutes we pulled over because Esdebe’s sat nav had crashed and he can’t find us so we decided to use a map and find our way. how many roads were closed??? I think every road we needed had a diversion on it Esdebe was taking us up all sorts of roads that look like muddy footpaths was good fun though.

We finally found Stoneleigh and we found Dave and Jerry (I can spell his name now!!) so we all parked up Lee (toyotacat1) was already there and so was Steve. Lee had just done an engine change the night before and had some over heating problems on the way up from Somerset which he was desperately trying to cure. 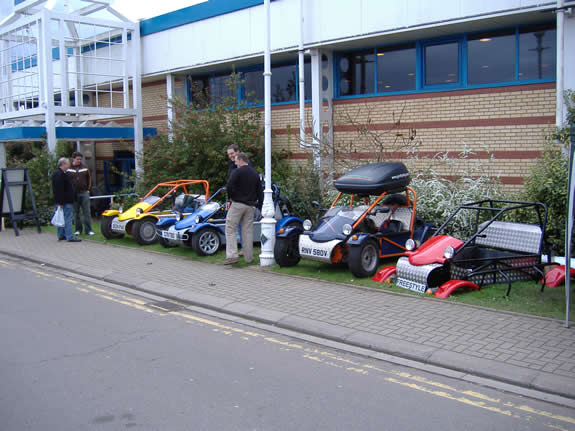 The Big surprise that Dave had in store for us was truly looking awesome, It was a bike engine freestyle it is still under development and so there are a lot of things that need doing but I can honestly say that Dave Smart is mad..lol 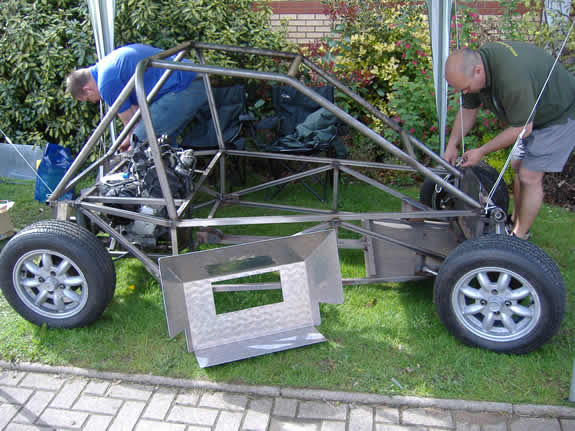 R1 Engined Freestyle Kit Car?? I think this must have been a beer fueled decision!! 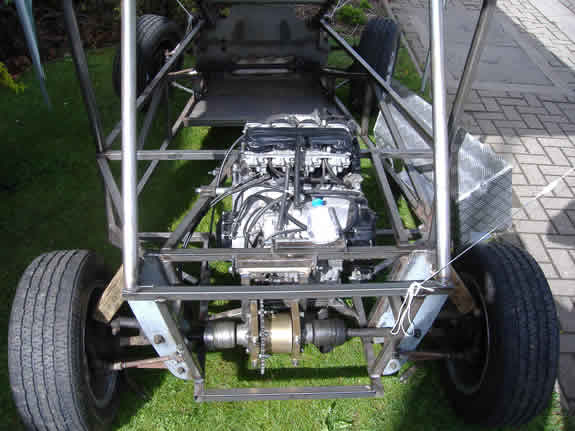 Jerry was there with his GT40 and even though it’s not a freestyle we need to give credit where credit is due and that this is an awesome piece of engineering it sounds beautiful and looks amazing. 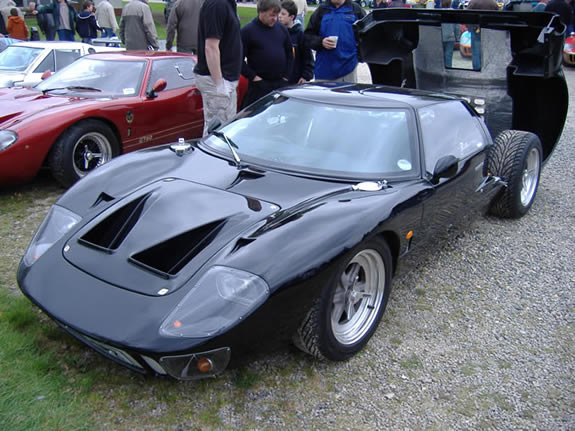 Loads of attention…. this car is beast!! 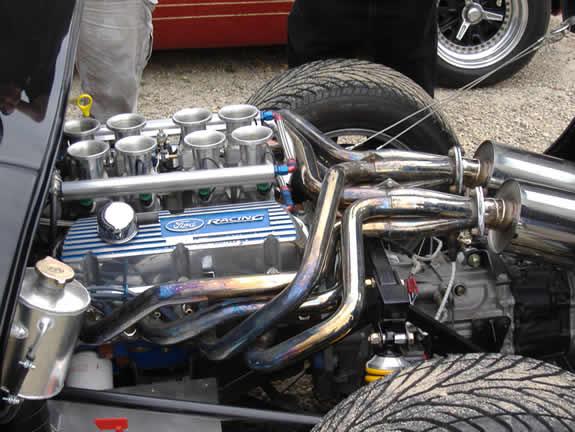 About 6 o’clock came and Craig and I had completely forgotten to bring sausages for the BBQ’s so we decided to fly out to Lemmington Spa and get some, now this is a nice town but was anywhere open???? NOPE!!! So anyway Craig thought that the place looked familiar and then realized that his mate Chris lived there so we dropped in to see him and also ask if he had any sausages he didn’t but told us where we could find a CostCutter.

Yay, we have sausages!!! Anyway we decided to have a little fun with the boy racers no contest really. the buggy is much better at doing ‘U’ turns!!

Back on camp site we found Esdebe and Lee setting tents up and well Esdebe had about a Marquee for his car..TART!! he didn’t want it to get wet.lol so after lots of piss taking and a few beers the BBQ’s were on and Dave and Jerry had dropped the Pikey Caravan off at the Hotel we call ‘Cell Block H’. 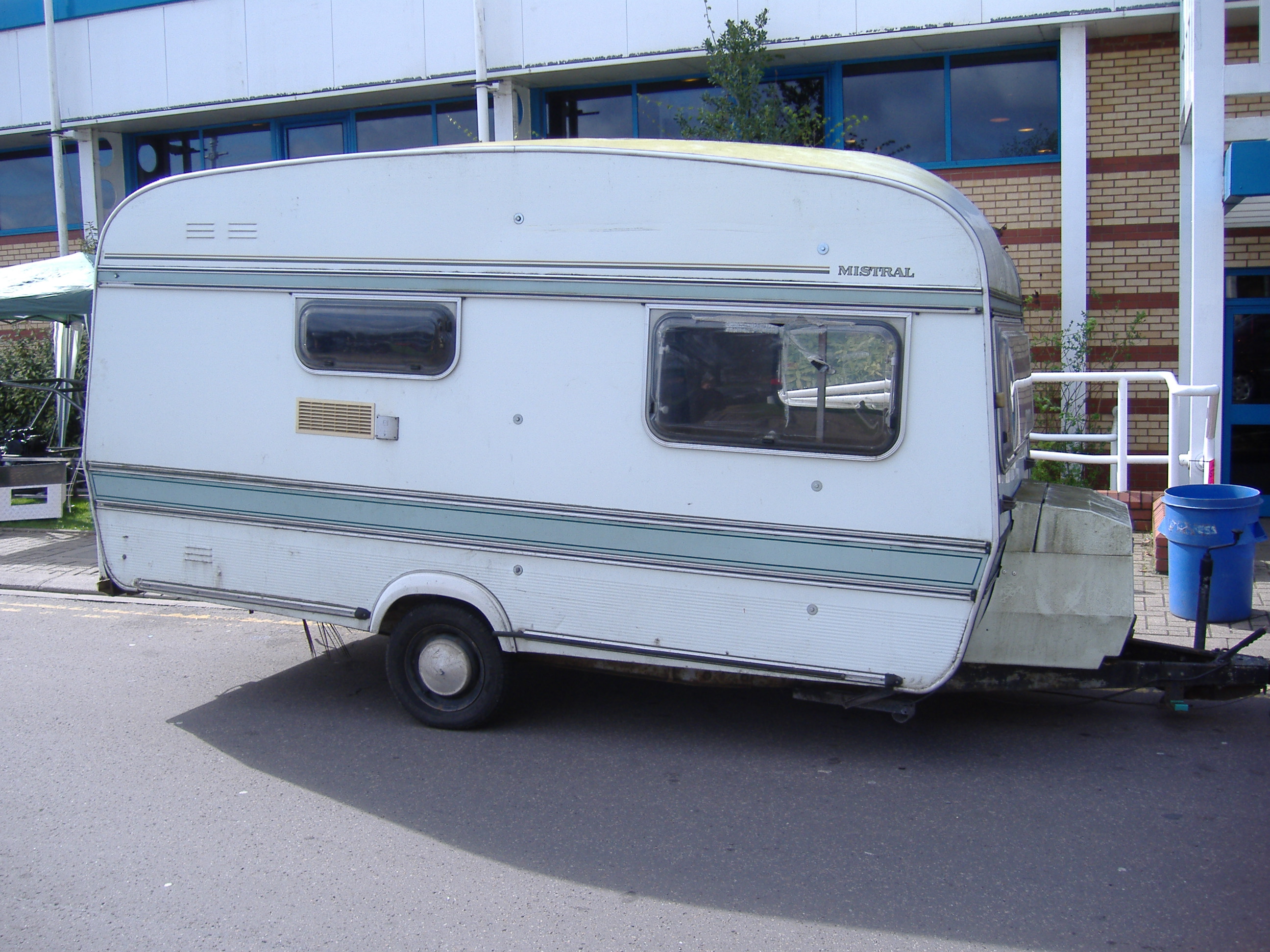 This is how the buggies come to the show

The pikey caravan that Dave uses to transport the Freestyle’s around in is genius!! I laughed for a while then realised that its a great idea.

The beer was flowing and we decided to try out Esdebe’s lights on his car and oh my god Bright????? It was brighter that a class at oxford university!!! 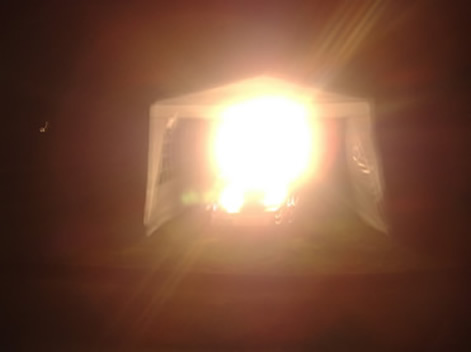 Yes we could see now!

We all then headed to the hall with entertainment in Dave sank to pints of beer through the ‘funnel of death’ while myself Craig Lee and Esdebe are just chatting and getting very drunk.

Dave also managed to drop his phone straight into his pint. not sure how he managed it but it was a shot. 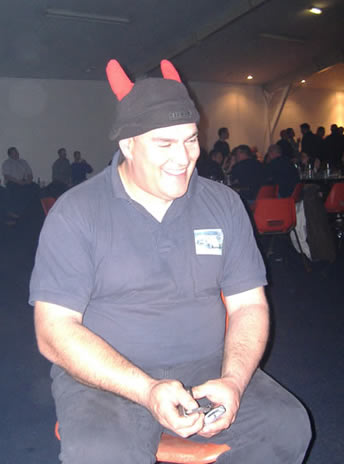 Dave in THE HAT!!

This photo was taken just seconds after the accident Dave’s face just says it all!!

Jerry fell asleep and Craig decided to turn the ‘Funnel of Death’ into a trumpet and jerry woke up.lol was very funny. 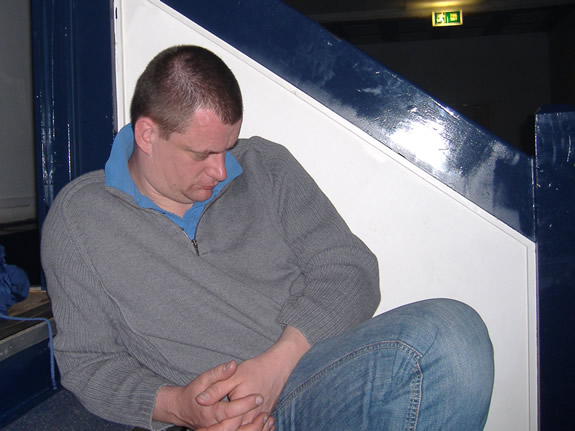 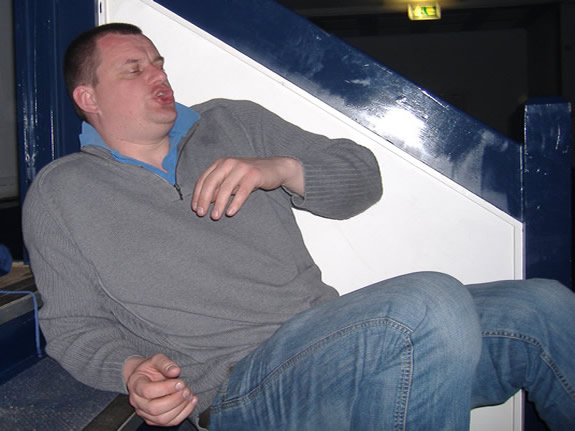 After…… Not sure what he was saying mind???

We all staggered back to where we were camping and we stood in Esdebe’s garage chatting a laughing at me trying to light a fire in the rain. I tried and failed but it was fun. I am not a pyromaniac I promise!!

After playing with Esdebe’s search lights and waking up most of the camp site with 20 billion watts of light we decided to go to sleep in our soaking wet freezing cold tents. 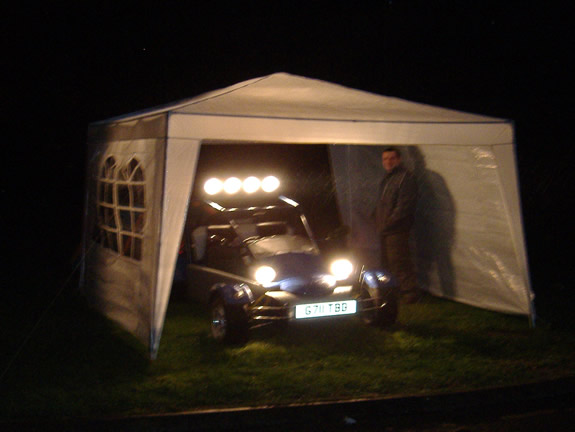 Truckers Revenge I think is what we are looking for here

Did it rain on Sunday night??? Christ, I was dieing for a Pee but could not be bothered to go as it was hammering it down. Craig braved it and come back a drowned rat.D’oh! Esdebe told us in the morning that he had to drink 2 litres of water so he could pee in the empty bottle..lol

On the Monday we all went back to the stand and where having one last look at each others frames while Lee was trying to figure out a way of getting his buggy to stop overheating.

I had a walk around with Craig at all the cars again and we had a wicked trip in the Dakar ‘s, round the off-road course. it was the best £3 I have ever spent well worth it. 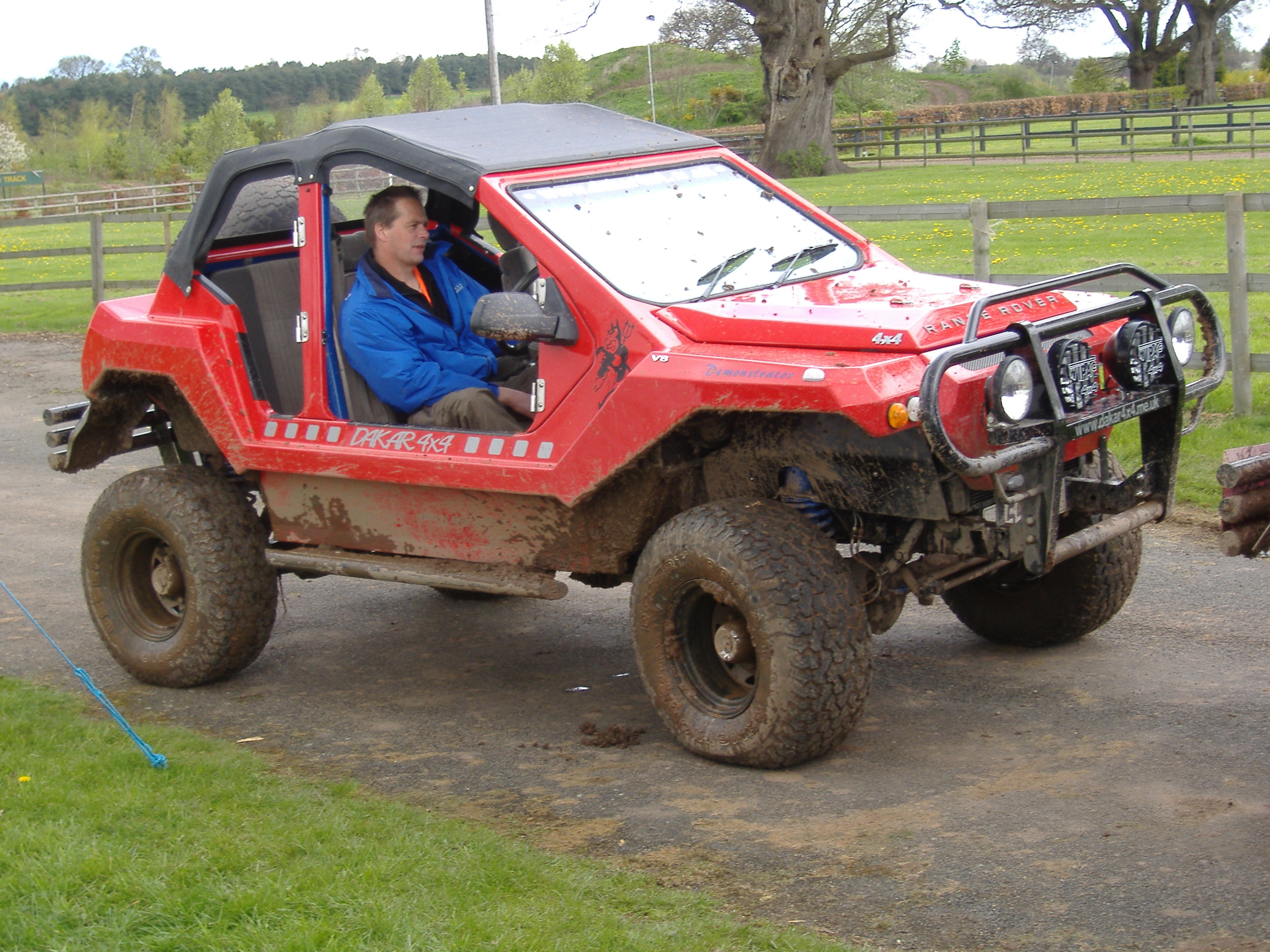 Craig had a go in my Freestyle, he is trying to get used to it ready for the drive to Poland . I was a nervous wreck at the time but still he is in my pride and joy.lol

Steve was also there on both days of the show which was great as he was there the year that the clutch went on my freestyle and he helped me push it on to a tow truck…. thanks Steve!!! 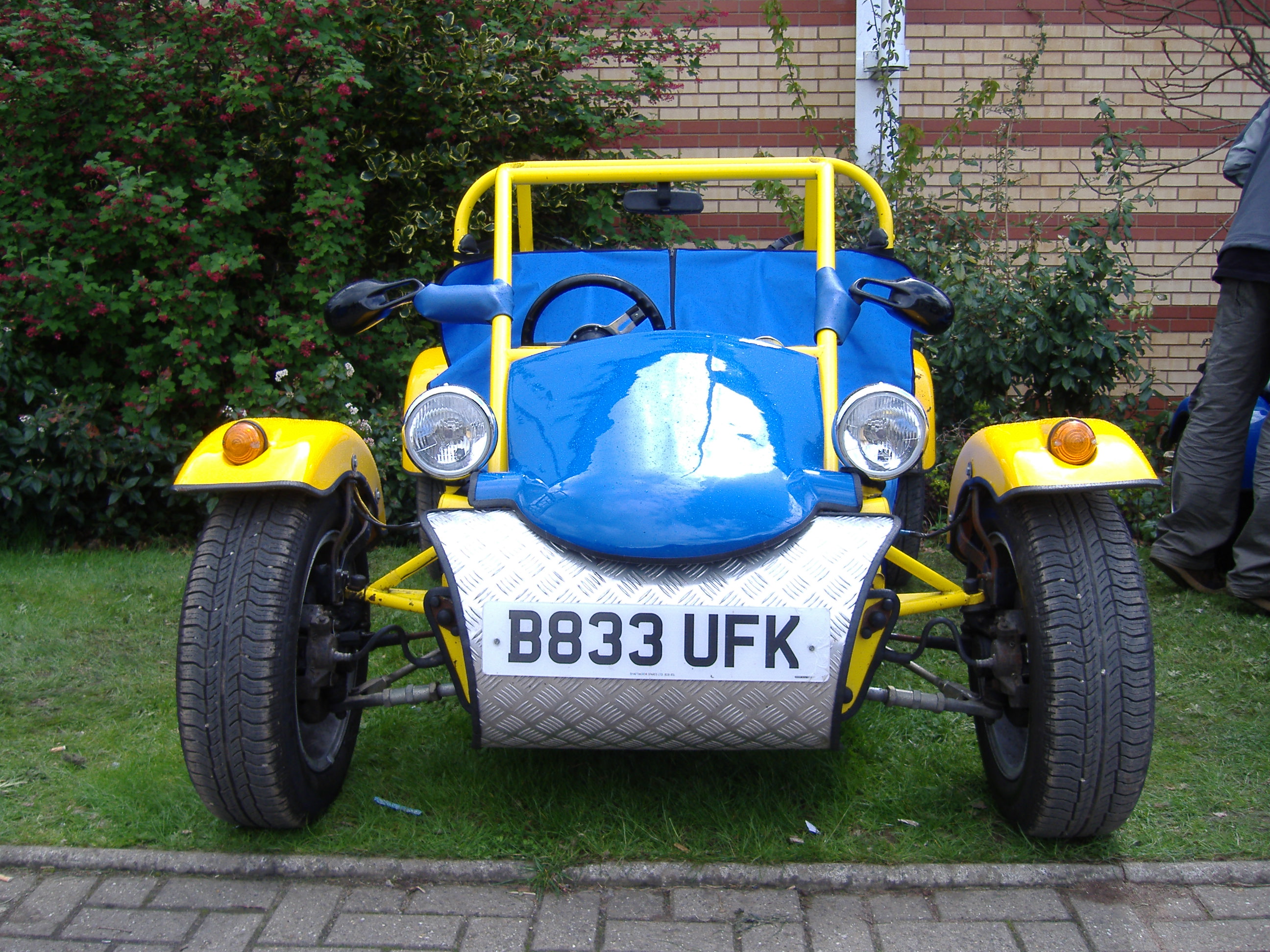 Lee left the show at around 12 and myself and Esdebe left at around 14:30 the drive home was nice and my freestyle was settling in and my handling was coming back so I was feeling a bit happier, we took some awesome routes through some nice villages and some quality country lanes where the Freestyle was outstanding and Esdebe started getting a bit confident through the bends which showed as I was still not confident enough with mine. 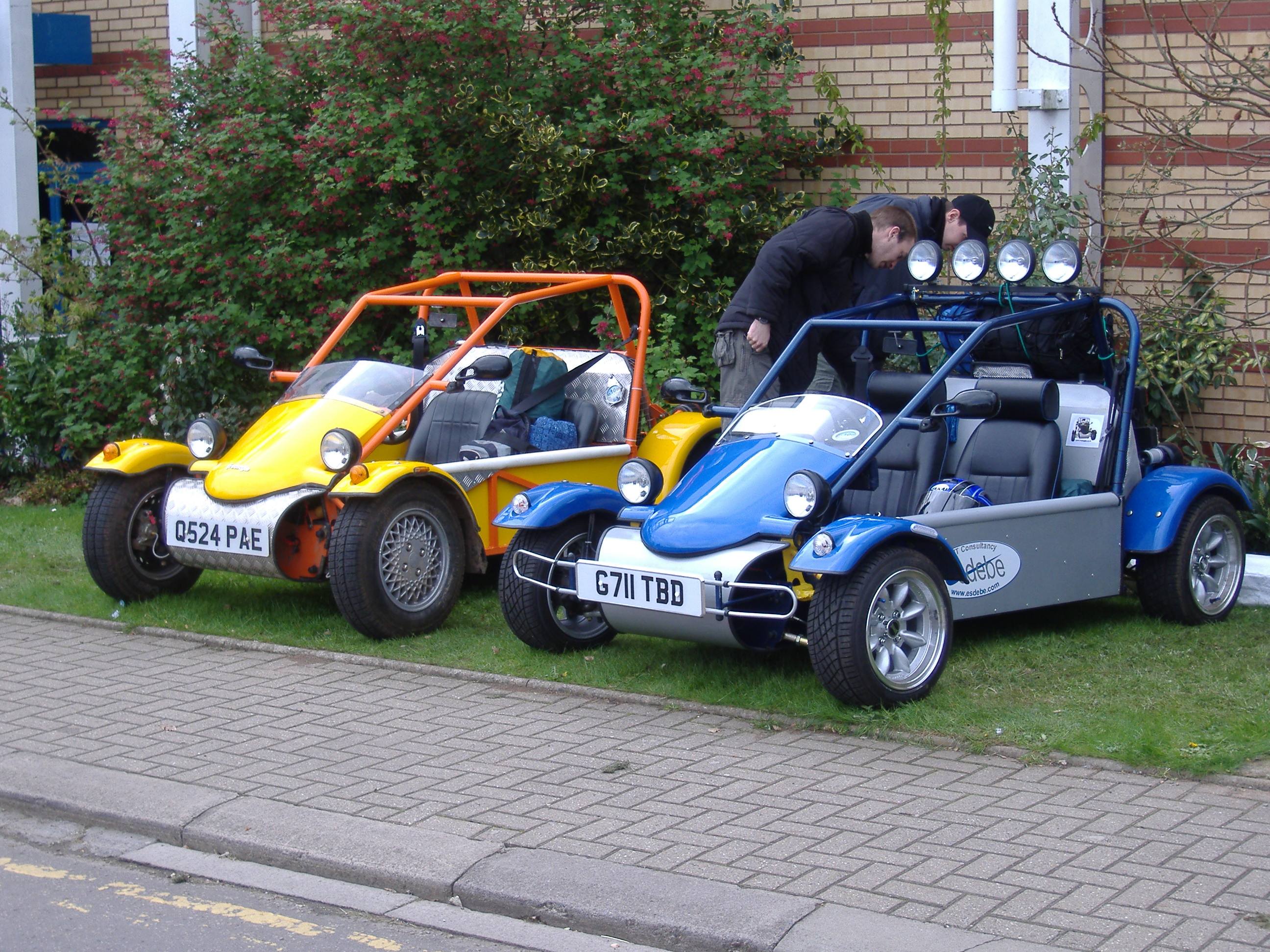 When I and Craig got to MK, we pushed the Freestyle a bit harder and had some good driving through the roundabouts which annoyed a lot of the boy racers but who care?!

I would like to thank everybody that came to the show and it really was a good laugh it was nice to meet Lee, Esdebe, Matt Black, Steve, Ian K, Dave and Jerry and lots of other interesting people. Hopefully next year we will have 10-15 freestyle’s there and then more beer can be drunk and more stories can be told.

One of the funniest quotes of the day came from Esdebe which was that he been chatting on the ‘Mini Macros’ forum well done Jerry for putting him straight..lol

Thanks once again for a great weekend and I hope that there are many more to come. 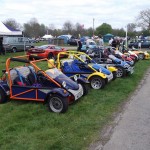 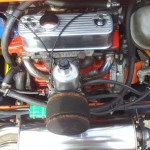 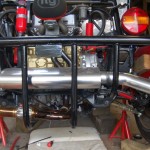 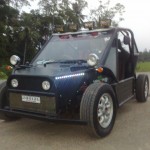