You are here: Home / Events / Muddy Buggies 10 Years At Stoneleigh

Stoneleigh Kit Car show always marks the start of the summer for me and is one of the most important shows of the year, and I consistently try my hardest to make it and more to the point get my road legal buggy there as well. There has only been one year that I have not made it with my road buggy, and that was because the engine blew up on the way there.

This year was a bit different as we are living right down on the south coast and also because myself, and Jane's best friends are getting married so this meant that I was going to be at the wedding on the Saturday and then wake up early (probably nursing a hangover) on the Sunday to start the journey up.

I actually didn't even start my journey by 10am as my head was a little worse for wear, and I was not comfortable to drive up. The journey was fairly uneventful. I tend to trundle up to kit car shows as I try to preserve the car, and so I normally tend to sit behind a nice big lorry and slipstream it saving a bit on fuel, and also it keeps me safe and often way below the speed limit.

I had to stop for fuel on the way up as I rather do it before I get to the show rather than the following day, and it also gives me a chance to give my legs a rest :). I am getting a little out of shape for my buggy, so I need to stop and stretch every now and again.

After stopping my sat-nav had a bit of a melt down and decided to keep making me do "U" turns so I had to do a reset and start again, and I finally managed to get it to work, and I was quickly back heading in the right direction for Stoneleigh.

I finally got to Stoneleigh, and the sun was shining and my right hand was already looking like it had taken a beating from the glorious sunshine, but I was not going to complain as I think it's been about five years since the last time it was sunny for a Stoneleigh kit car show. 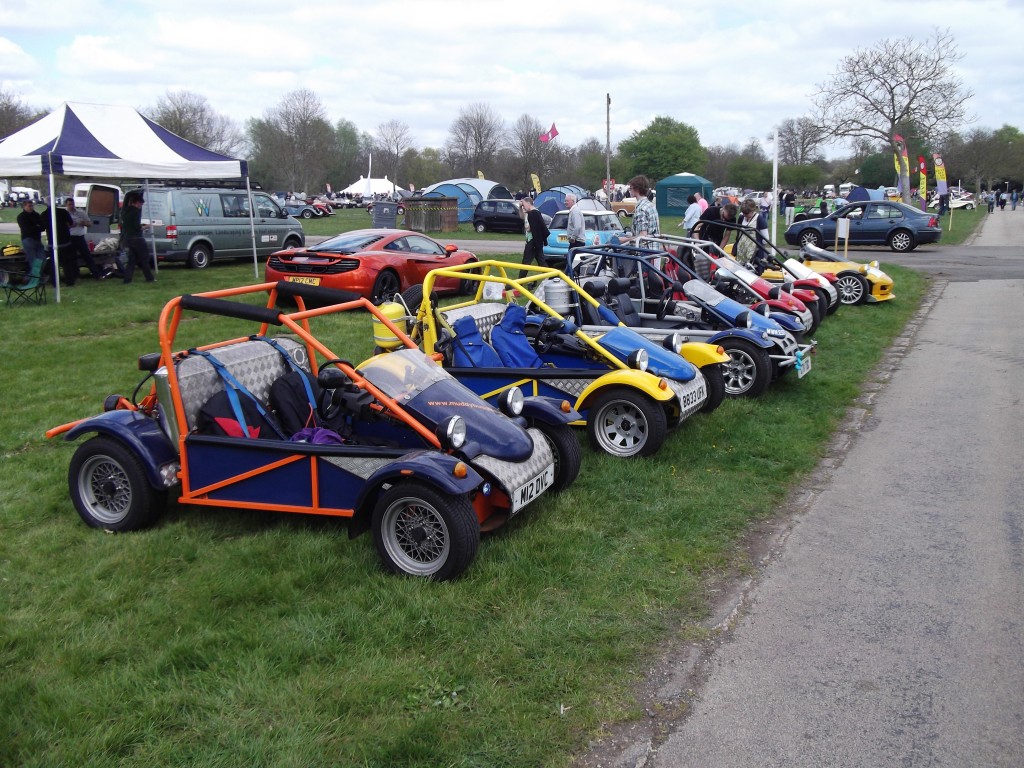 There was a good turnout of buggies, although there were not as many as normal but there was a good number and Max had finally got his running and on the club stand which was nice to see as this was the first time most of us had seen it in the flesh, and I have to say it is looking brilliant and not only that it is also sounding fantastic. 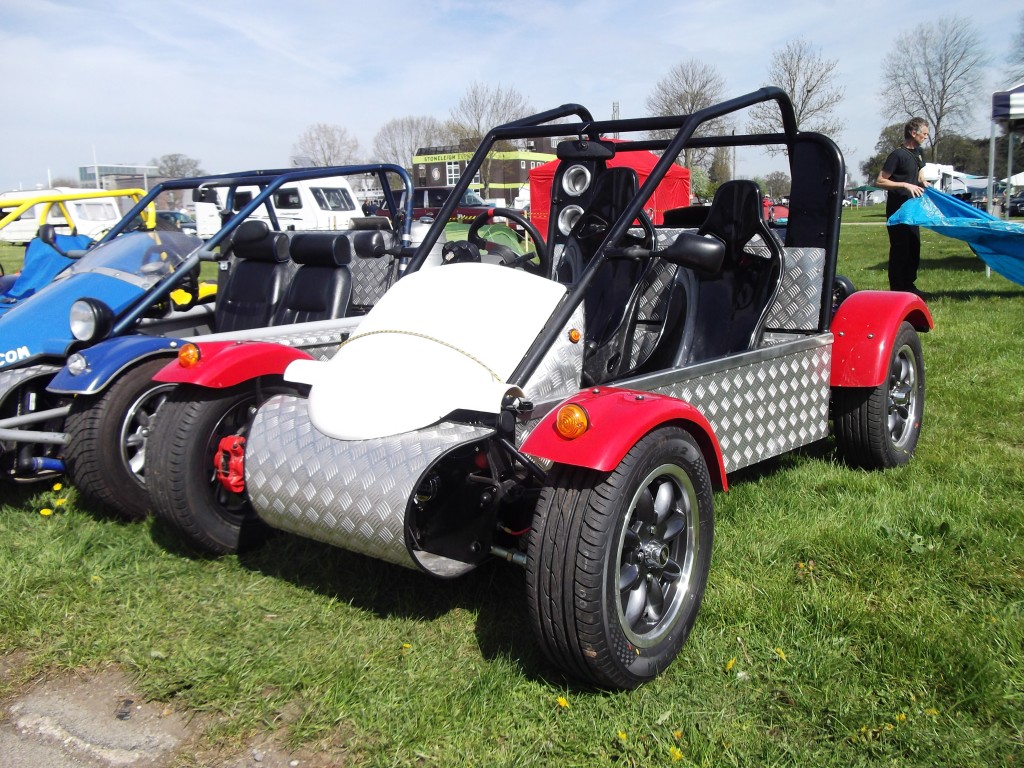 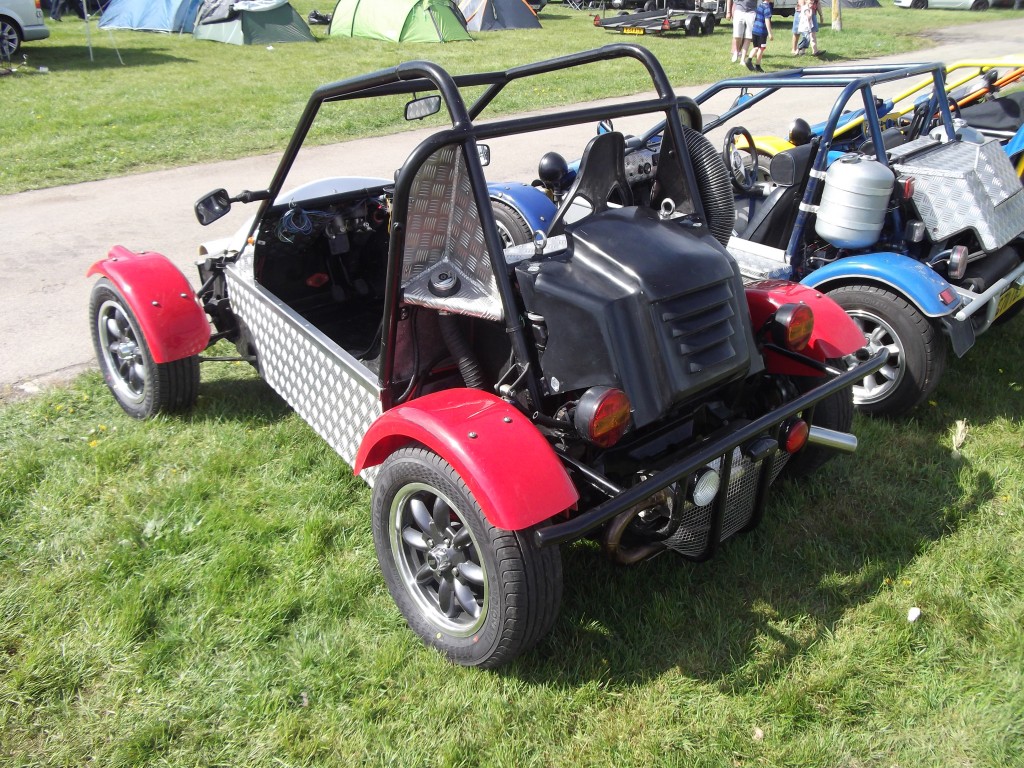 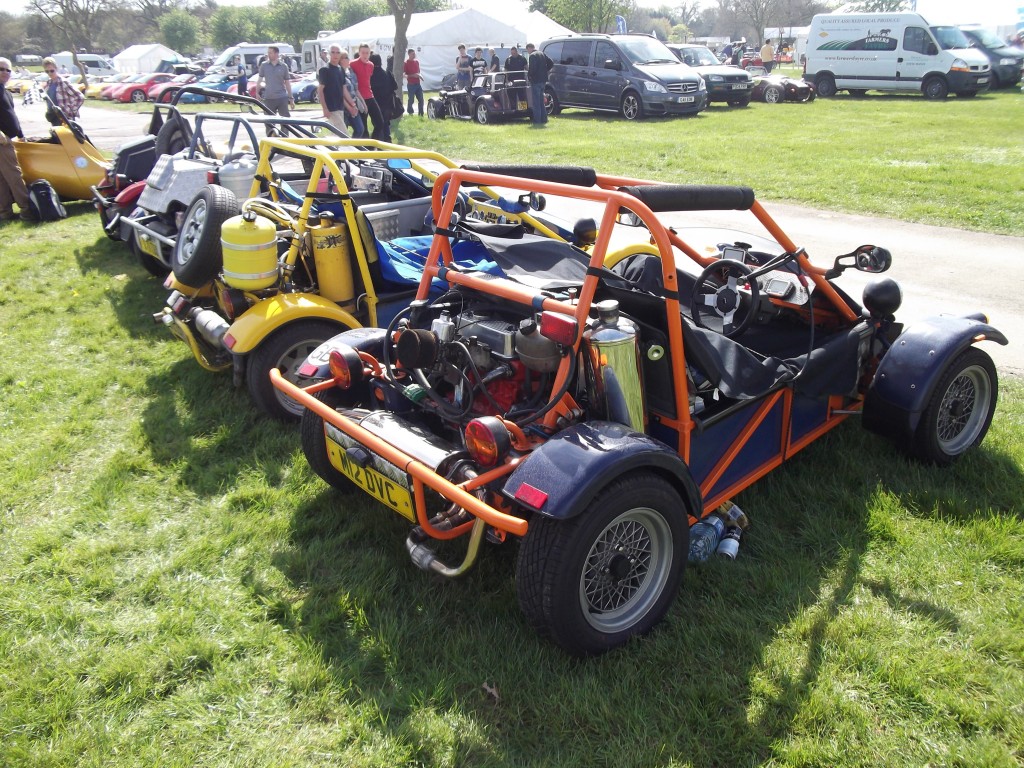 I got chatting to a lot of the members, and it was nice to catch up as the last time I saw a few of them was when I was on my cycle trip last year and as always, I had missed the annual Wales trip.

The show was a good show, and I managed to pick up a few things for my road buggy like a nice polished header tank and cap... it was a little more money than I wanted to spend, but it was perfect, and so I think it was/is going to be worth it in the long run. I also bought some big spanners as my headlights needed adjusting and for the last 10 years, I have used mole grips, but I now have the right-sized spanner which is handy 🙂

I started to have a few beers, and we all got started on the banter, and it was good fun and as always; I was at the brunt of most jokes, but that is to be expected.

My buggy had established a slight problem, and that was that it had been burnt/lost about a litre of oil in the 150 miles that I had done and that did somewhat concern me and after looking and trying to work out where it had gone, we were all left scratching our heads. There was no blue smoke on start up or on the over run, and so we had to start looking at possible leaks, and we soon worked out that it could be the breather as the filter was full of oil.

I soon worked out that there was not a gasket on the breather on the crankcase, and this is where all the oil was leaking so it should be a nice easy fix.

This Stoneleigh show was the mark of 10 years of Muddy Buggies and also 10 years of me owning my Freestyle road legal buggy, and I have to say its been a fantastic 10 years. Muddy Buggies has created a community that has grown and evolved into an exciting and fun group with people that I consider as my friends, and it doesn't matter what car you drive you are always welcome in our community.

I am looking forward to the future of our buggy forum and over the coming months, I am going to be really pushing forward and driving it to the top and fingers crossed we will one day have a big club stand just like the Westfields or the lotus & replicas.

I hope you like my brief post about Stoneleigh, and if you have any questions about road legal buggies then, please head over to our forum.