It has been a long time since I wrote a post on here, and that is partly because I have been mega tied up with my business, and I have not had the chance to work on my hobbies. Not saying I haven’t taken my road legal buggy out just saying I haven’t been able to get the time to write about it 🙂

As you all probably know the Stoneleigh Kit Car show for me is a stressful time during the year as it is the first show that I go to of the year, and I have always managed to get there, even though one year the clutch spun off the flywheel and then in 2008 the brand-new engine blew up after only doing 20 miles…

I have been living right down on the south coast now for a year of so and the kit car shows always appear to be somewhat a bit north so I need to work a lot harder at getting there, and it takes a little more preparation. Furthermore, I have some fairly serious health problems where I get panic an anxiety about driving so it really is an adventure for me when I get long journeys in the pipeline.

For the last couple of years, I have been going up to Stoneleigh early and that is mainly so that I can enjoy the show fully as a fair few of the years I have been in the past got there late on Sunday and spent all of Monday repairing the buggy, and I have actually missed the show. So heading up on the Saturday means we get 2 good full days in the show, and I can get a few beers in on Saturday night 🙂

This year I left Middleton On Sea at about 9am, and I knew it was going to take about four hours to get there, and the weather was ok but was a bit cold. I decided to preserve the buggy and try to trundle up the motorway doing about 50mph and just “get there” after two hours, I was absolutely freezing cold, and I had to stop in services to warm up. It’s been a long time since I have been this cold, and so I was glad that the motorway service was nice and warm.

After about 20 minutes I headed back onto the motorway, and as usual, I was getting a lot of attention and kids waving at me, which is all part of the fun.

I made it to Stoneleigh around 14:00, and I was surprisingly the first person there, a quick few phone call to tell the important people that I had made it and to find where the others were. I saw my friend Pete arrived in his Grinnel Scorpian (not a buggy), and we chatted for a while, I tried to hide the fact I had hung the ass out on the buggy and churned the grass up a little on our club stand. 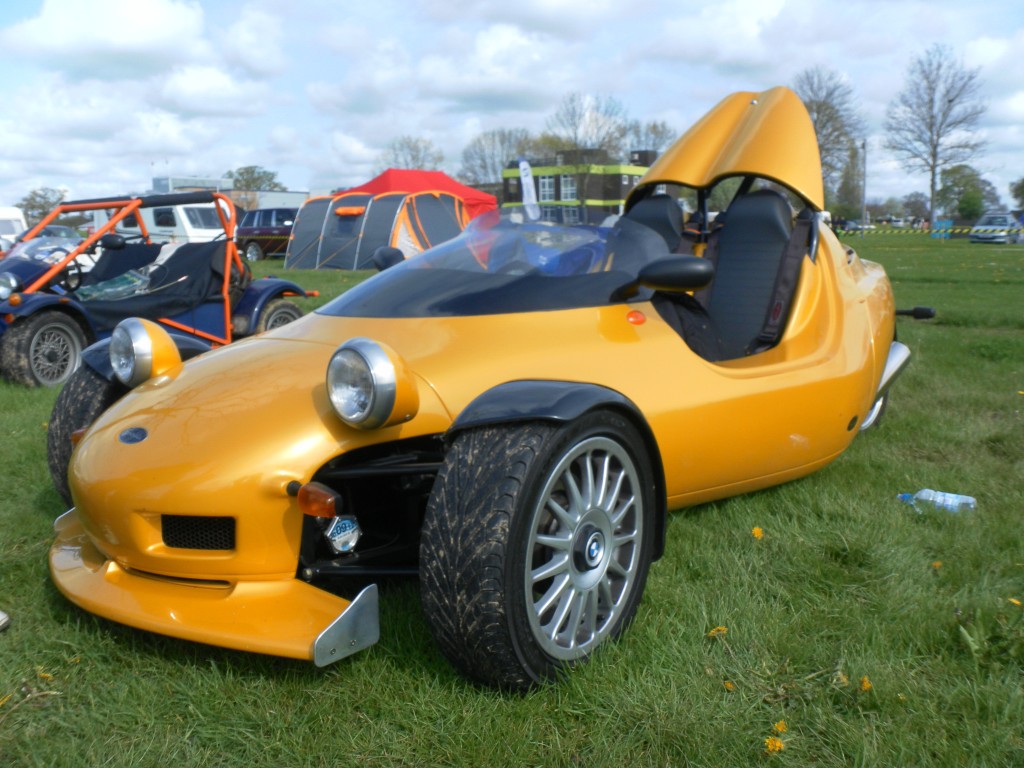 The next person to arrive was Simon, and he was coming on to the club stand a little quicker and was surprised at how wet the pitch was and did a fairly big power slide and did some really nice damage to our pitch… I was now thinking that we won’t be asked back the following year.

The next person to arrive was Steve, and he had towed a trailer with him, and it was looking awesome he literally did pack the kitchen sink, and I have to say I was quite grateful for the extra food and snacks he bought with him.

However, our club stand was about to change for good. Alan decided that he was going to be a slacker and didn’t manage to get his buggy finished in time, and he had to A frame it into the show…. he drove straight on the club stand and sunk…. yep he was stuck!!

We had to unhitch his buggy and push him out of the mud, and his Megane was covered… it took us somewhat a while and was quite amusing, but I don’t think the Stoneleigh staffs were too impressed!!

That was going to be all that arrived on the Saturday and thankfully Steve was playing mum, and he cooked and supplied huge amounts of food and a lovely warm place for us to sit and relax. We got an early night after a few beers and looked forward to the show starting the following day.

Today was the same as any show, a few more buggies arrived and one I had never seen before and a few of the likely lads 🙂 I had a lot of people say hello to me, and I really am rubbish with names and faces, so I apologise if I don’t remember you or your name 🙂 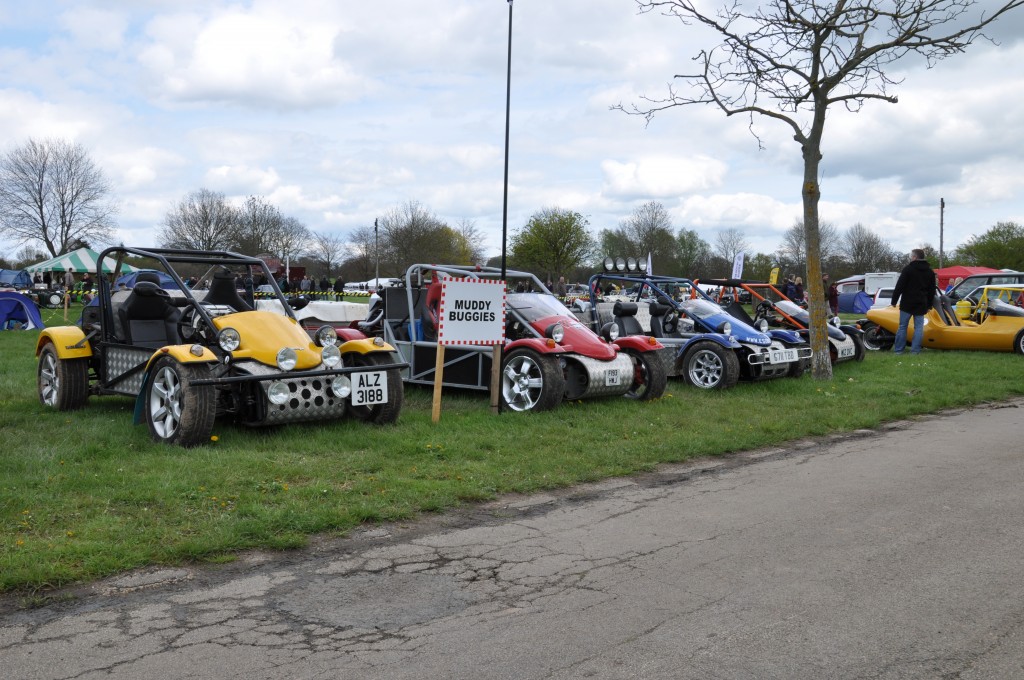 Saturday I spent it taking lots of photos for my new site www.kitcarsuk.com and picking up leaflets and information on all the latest new kit cars and products that are being launched at the show. I have to say that this year’s show was very good and jam-packed with some pretty awesome cars. One of them being the New Razor kit car which I have to say I loved!!! 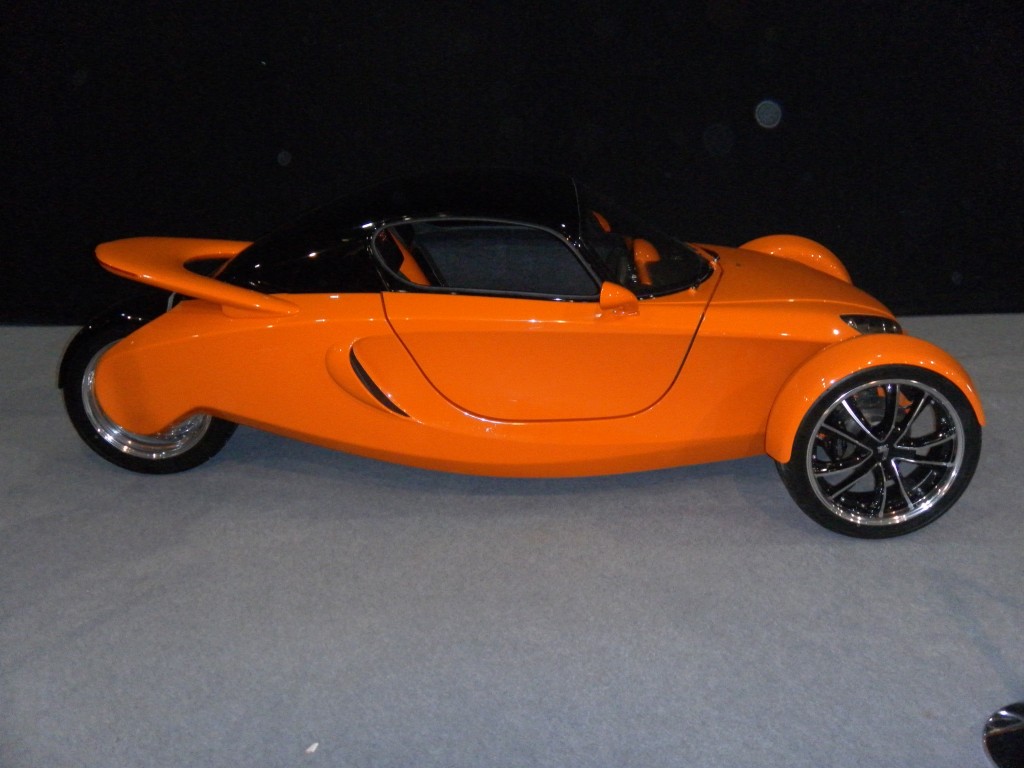 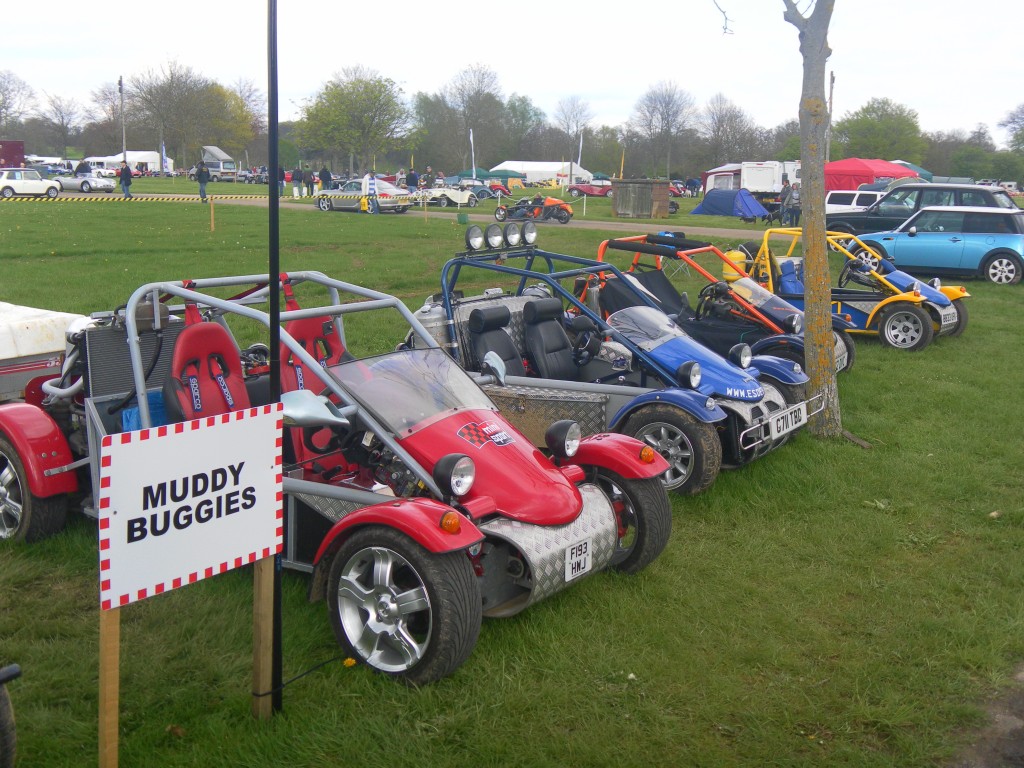 The weather was brilliant and I actually got a bit of sunburn believe it or not, and we had a few beers, and once again; Steve took care of the BBQ, and we all just chatted and relaxed.

The Sunday show was a lot quieter, and it was wet. I was now not looking forward to the long drive home, and I was getting a little anxious about it, and so I was not myself and was not eating and quite simply putting off the drive home. I have been able to control this for a while, and I have to say I am getting a lot better at it but still none the less its very stressful when it happens. 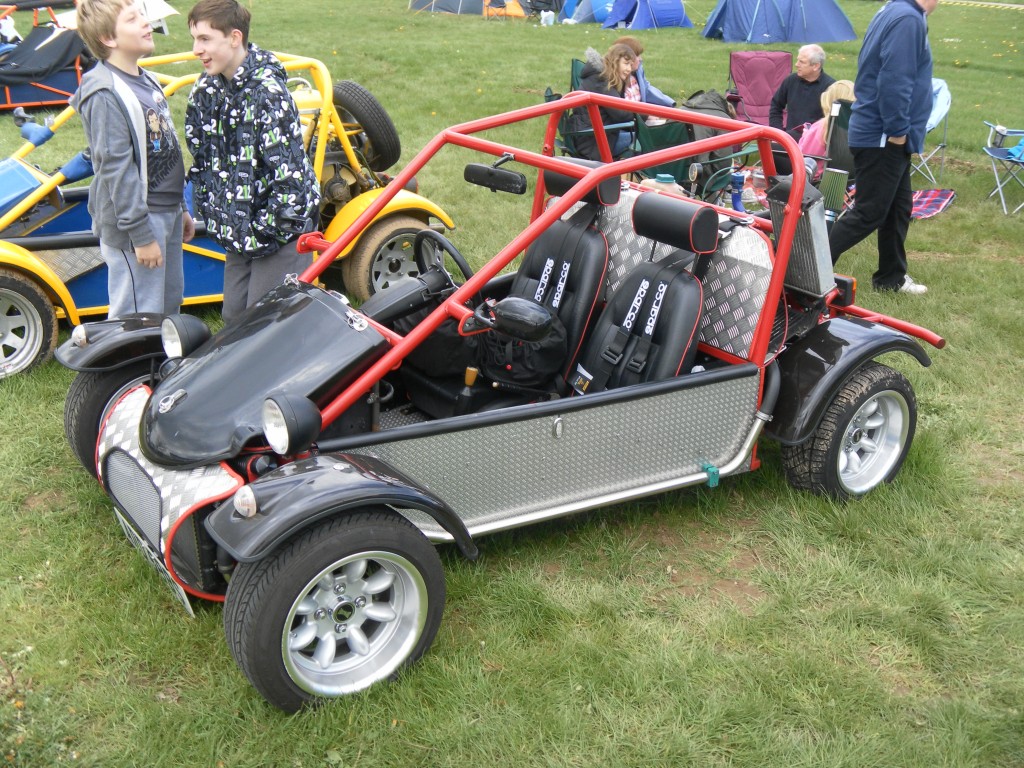 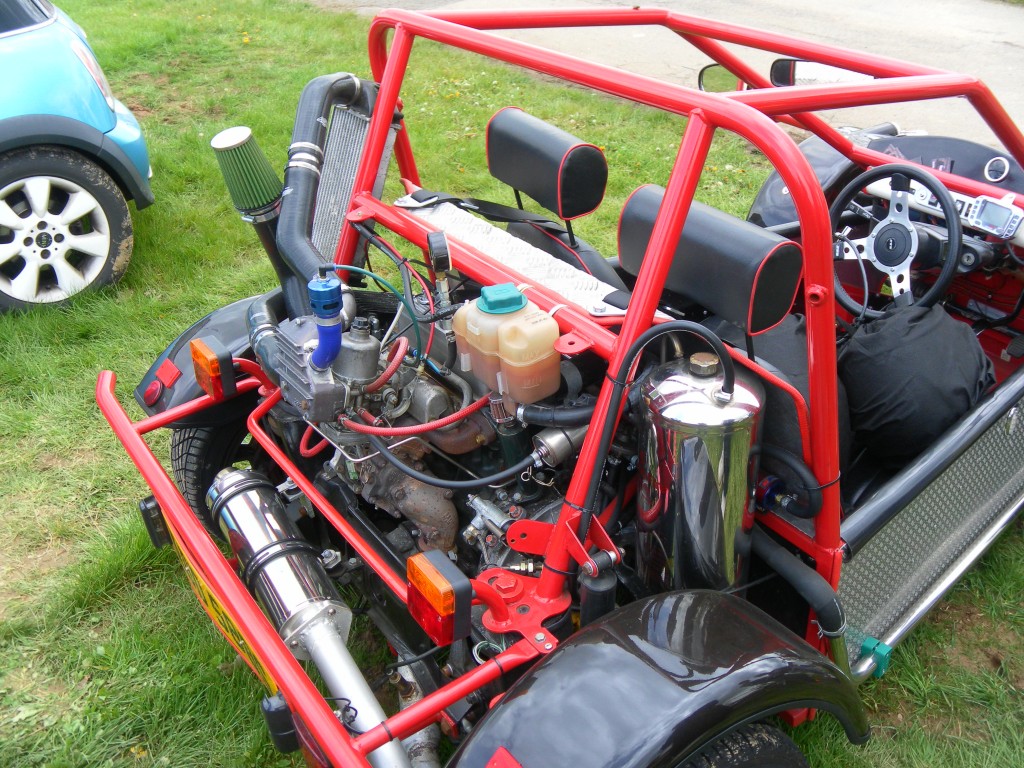 I left Stoneleigh at about 13:00, and I started the journey home, once again I took it easy, and this was mainly due to the bad weather and because the buggy is a bit of a handful when the rain comes out, and I had a few aquaplane moments, which left me a little shook up… always good fun.

I was about 5 miles from home and decided to start opening my buggy up and on a roundabout, the buggy was great fun with the tail starting to break free then bang the throttle jams open, and the buggy rev counter jumps to 8K. I have to kill the ignition causing a huge bang, and I later find out that my air filter got a quite a bit singed 🙂

A few moments had passed while I was sat on the side of the road, and I could fix the throttle linkage and get back home quite quickly it was a good fun weekend as always I enjoyed seeing all the usual faces and met a lot of new people. I am hoping that next year; we have a fair few more buggies on the stand, and that we have even more people staying the night.